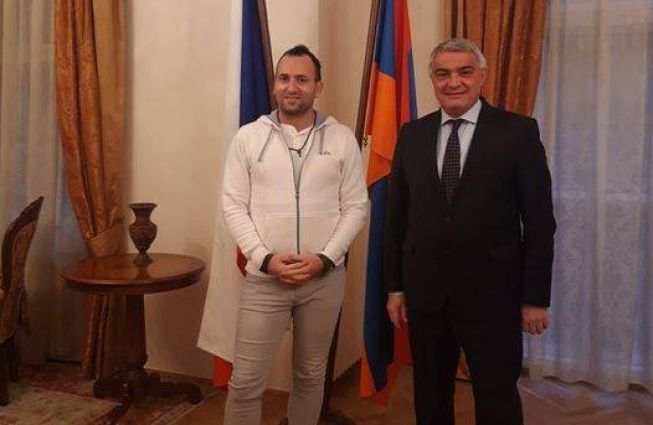 On December 15, Ambassador Ashot Hovakimian hosted the famous journalist of Czech Radio - Thomas Kulidakis, who at Czech Radio Plus participates in the preparation of the programs “Opinions and Arguments”, “The World in 20 Minutes” and “Between Us”. His foreign policy and domestic comments have appeared in the leading Czech newspapers and internet portals. Thomas Kulidakis focuses on the European Union, the Balkans and the wider region of Southeastern Europe, so the sides exchanged views on the current developments in the South Caucasus and touched upon the coverage of the latter by Czech media circles.